The airborne photos in this section were probably taken from helicopters or a Loganair Islander. The section also includes 3 plans of the Top Site at different stages of it’s development. There is also an enlargement from a tourist photo taken from Hermaness in 1965 and a photo taken this month from west of the perimeter fence.
I am hoping that someone reading this will be able to help answer a couple of questions about the Top Site. The first picture is part of an Air Ministry plan of the radar area from the 1950’s which was sent to me by Bob Jenner. I have marked some of the major structures and I am particularly interested in the 2 gantries shown to the west & north–west of the Type 80. 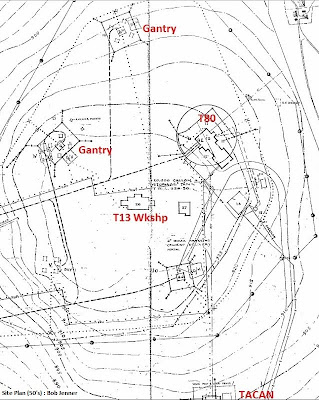 The second picture is a long range photo taken by a tourist on her way to see puffins in 1965, soon after the Type 80 radome was finished and soon after the Type 14 was switched off for the last time. The 2 gantries can be seen, one either side of the T80. Although the picture is not great it looks as if there may have been equipment on both of the gantries. The Type 14 must have been on one of them but I don’t know which or what, if anything, was on the other. The gantry to the north-west of the Type 80 site is still standing and is shown in the third picture (taken this month –Jun 10). If anyone can help with information about the early life of these gantries, an email to: gordon.carle@gmail.com would be much appreciated. 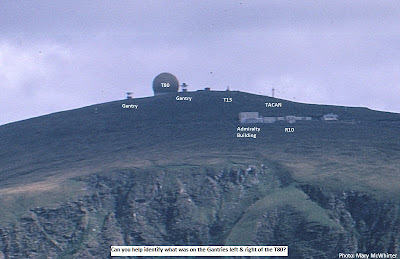 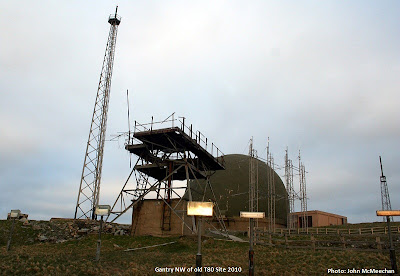 The next photo shows the radar site at the beginning of the major reconstruction phase when the Type 80 and Type 13 were finally replaced. The site plan following the photo shows the top site as it would have been in about 1979, just after the redevelopment. 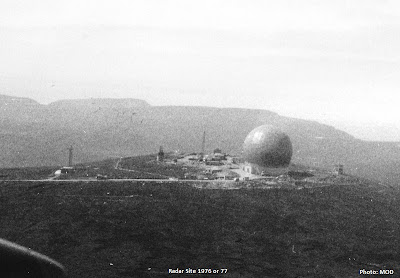 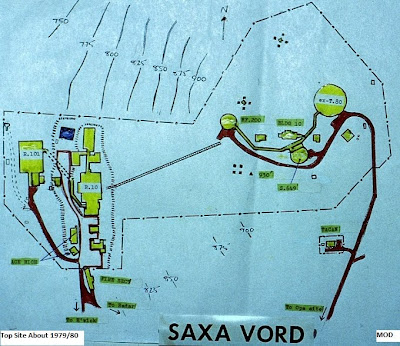 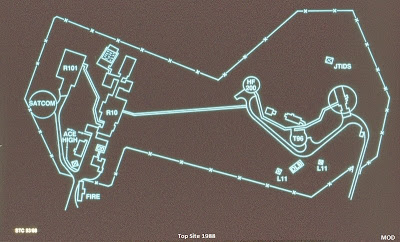 The following photos were all taken late in December 1991. There were severe gales on the 18th and 19th December and some damage to the site was caused. Problems with radome panels are visible in a few of the pictures and it is thought that these weaknesses were a major contribution to the destruction of much of the equipment with the New Year Storm a few days later. 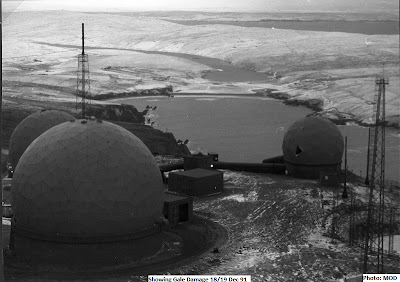 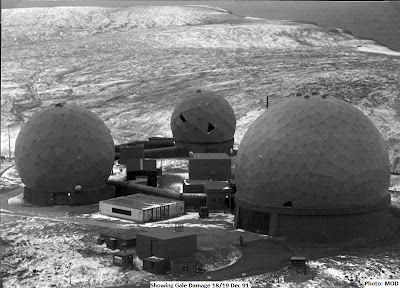 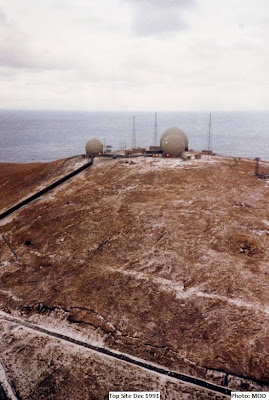 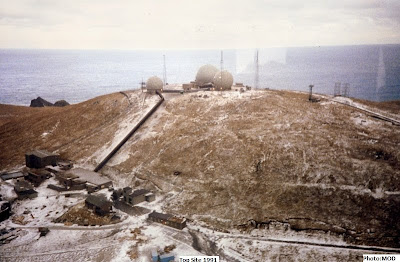 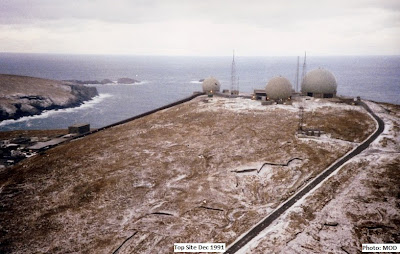 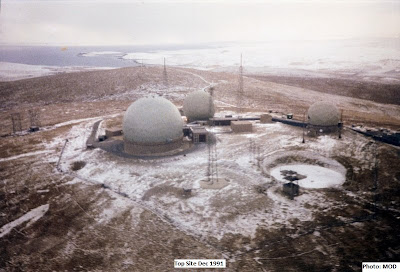 I have put extracts from 2 of the above pictures below. I am very interested in the circular depression on the Burrafirth side of the old T80 structure. It must be at least 8 feet deep on the eastern side and had been fenced off by the time these pictures were taken. It is not visible on earlier photos of the site and nothing seems to have occupied that part of the site since. As a guess it could be an early attempt at building a dome for the Type 93 before deciding to use the base of the old Type 80 dome for the new radar. If anyone is aware of the story behind this feature I would be pleased to hear from them: gordon.carle@hotmail.com 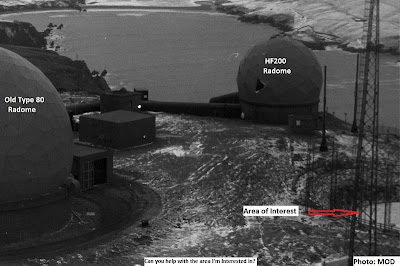 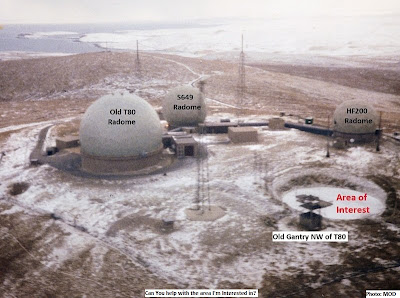 Addition on 4 Jul 2010. I have just come back from a trip to Unst and whilst there did a circuit of the top site perimeter fence. It wasn’t possible to see right into the depression described above but there was enough on view to make it very unlikely that it was intended for the construction of a radome. The hole was too deep (over 6m below the surface on the HF200 dome side) and of course there were buildings above that height. Two concrete anchoring points could also be seen, one of which is shown in the picture below. 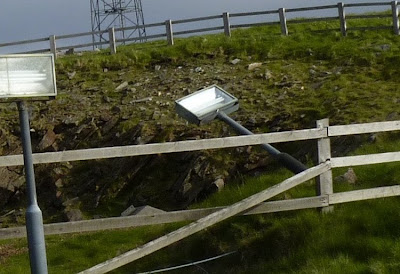 It is therefore likely that the site was intended for a communications mast or masts, though what for and whether or not anything was actually built is still a mystery to me.

Finally, although it doesn’t really belong, I have include what must have been one of the last photos of the TACAN site on Vallafield before the site was written off in the New Year 91/92 gales. 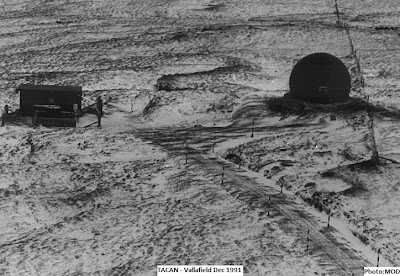