From the opening of RAF Saxa Vord until very late on in the life of the Unit servicemen participated in Battle of Britain and Remembrance Day Parades – the only exceptions being years when there was insufficient manpower to be able to release staff. The larger element participated in the main Lerwick Parades but there was usually a small representation at the  Baltasound Remembrance Day Service. I have attached a few pictures below. (Left Click on pictures to enlarge). 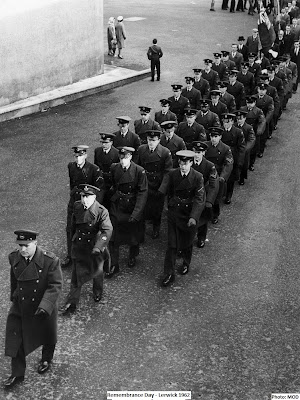 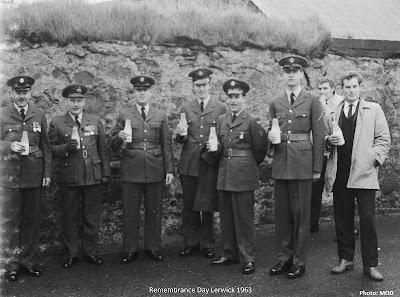 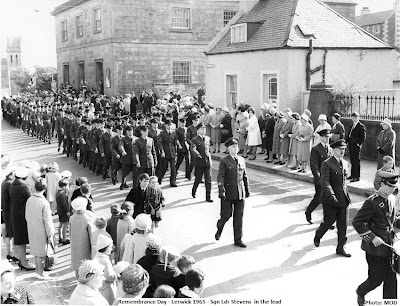 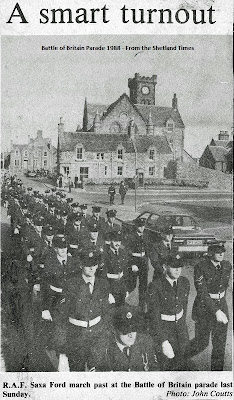 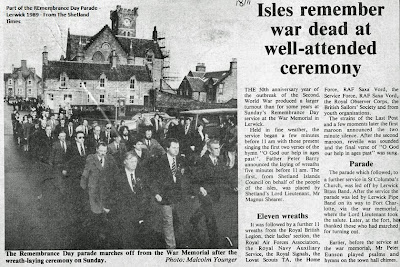 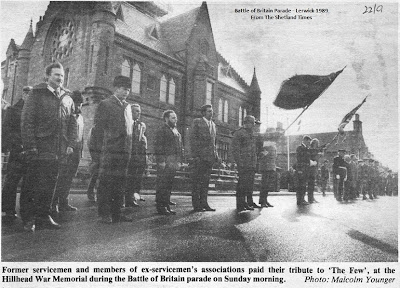 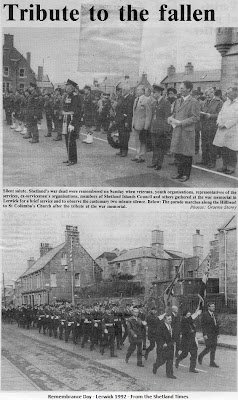 Sullom Voe
In 1997 there was a special Remembrance Service at Sullom Voe, which had been a Coastal Command Centre during WWII. Sunderland and Catalina flying boats were based there and carried out extensive operations mainly on escort duties and against U Boats in the North Atlantic. Many aircrew from overseas (particularly from Norway & Canada) took part in these missions. 330 & 333 Sqns, manned by Norwegians flying Sunderlands were based at Sullom and 413 Sqn, manned by Canadians, flying Catalinas carried out some operations from the base. A number of overseas nationals were also integrated within RAF Sqns. An airfield was also built at Scatsa, close to Sullom, to house fighters whose main mission was to protect the Flying Boat Base.
More than 50 years after the end of the war a special gathering, with the unveiling of a monument, took place. Many veterans, including a number from overseas, returned to Shetland for the occasion. RAF Saxa Vord was represented by the Station Commander, who laid one of a number of wreathes, and by a small Guard of Honour. 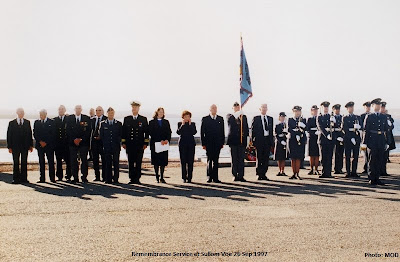 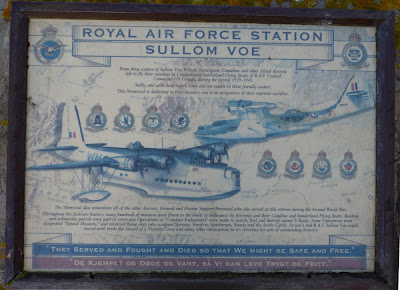