The AOCs Inspection in 1983 took place on 15 Jul and was carried out by AVM Ken Hayr CB CBE AFC RAF. Ken Hayr made a number of visits to Saxa - in fact he had been on Unst just 4 months before this inspection. The Station Commander at the time was Sqn Ldr Stewart Dorward. The first stage of the Domestic Site redevelopment had just been completed and the AOC and his wife formally opened parts of the new airmens accommodation. (Left click on the pictures below to enlarge). 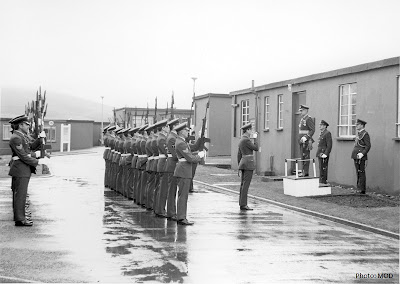 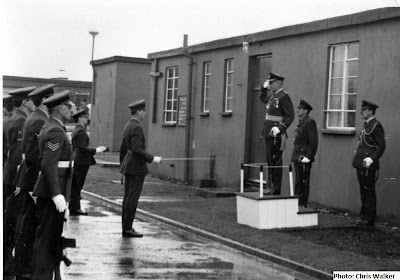 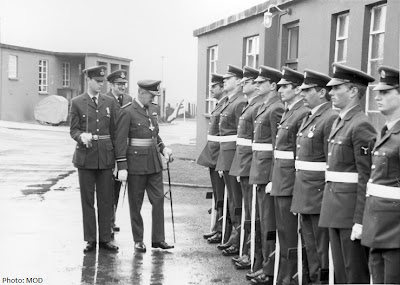 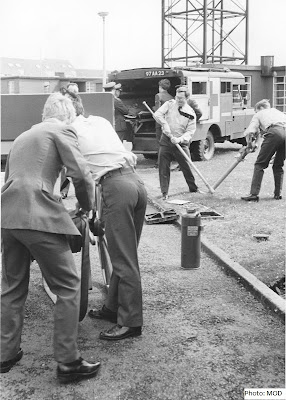 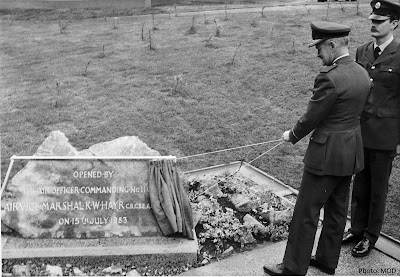 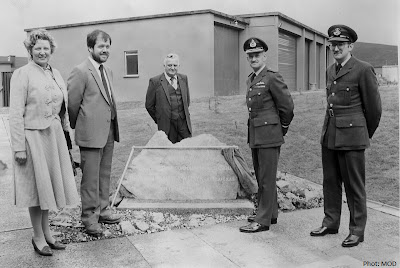 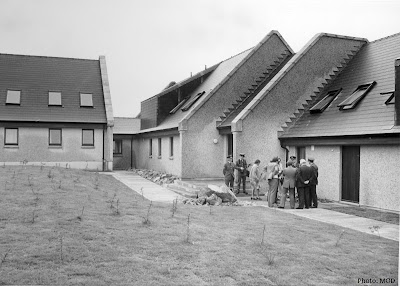 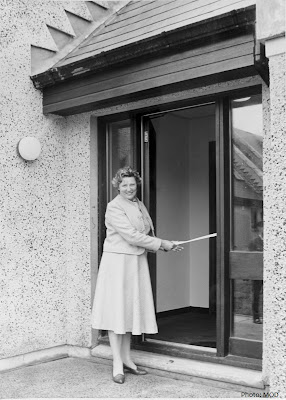 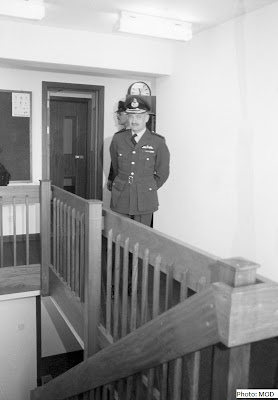 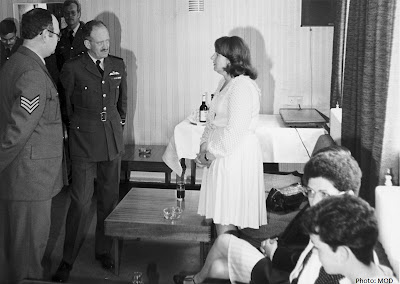 The following article appeared in the edition of the Shetland Times dated 22 Jul 83:- 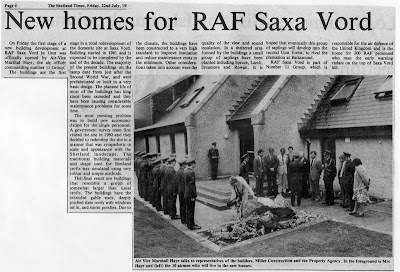 The story was also covered in the edition of the Aberdeen Press & Journal dated 27 Jul 83 - this was quite appropriate as the Stn Cdr  was an Aberdonian:-

Footnote - AVM Kenneth William Hayr
Ken Hayr had an interesting and distinguished career. He was born in New Zealand and joined the RNZAF before transferring to the RAF. He spent his earlier flying career on Hunters and Lightnings and went on to command 228OCU (Phantom Operational Conversion Unit) at RAF Coningsby. From there he went on to command 1 Sqn (Harriers). He considered this his best flying tour as the squadron had the opportunity to develop operating procedures and tactics for this new type of aircraft. In 1973 he was posted to RAF Binbrook (5 & 11 Sqns) as the CO and was able to increase his flying time on Lightnings.

Following Staff Tours and training courses he was appointed AOC 11 Group on 11 Aug 82 – he was the first New Zealander to hold this post since Sir Keith Park in the Battle of Britain. In 1985 he was posted to command British Forces in Cyprus and this was followed by 2 senior Staff appointments. He was involved in the planning of RAF operations in the Gulf in the early 90s before retiring in 1993.

After that he divided his time between New Zealand and the UK enjoying paragliding and parachuting as hobbies. However, flying remained his main interest and he was very active in the world of display flying whenever the chance arose. It was whilst flying a DH Vampire at the Biggin Hill Air Display in 2001 that he died aged 66. It is thought that the aircraft flew through the wake turbulence caused by a DH Sea vixen, which was taking part in the same display sequence. The Vampire went out of control – there was insufficient height to recover; both Ken Hayr and fellow crew member Jonathan Kerr were killed in the crash.