The Overland was not the most convenient way to get between Lerwick and Unst but on most occasions it was the only way. The service was scheduled to leave Lerwick shortly after the St Clair was due to arrive (ie. at this time it was a 3 day a week service). If the St Clair was delayed significantly it meant North Isles passengers were able to get an unplanned stopover in Lerwick. The Overland carried mail, newspapers and various other cargo. It also carried local passengers and so could not be delayed indefinitely. The period pre Inter-Island RoRo Ferries was also the period before oil money. North of Lerwick all the roads were single-track with passing places. There were a number of places where the road was precariously routed with steep drops to one side or the other and it was in the days before safety barriers were common.

The Overland normally took about 4 to 5 hours to get from Lerwick to Baltasound. It consisted of:-

(Thanks to Peter Leask for correcting some of my mistakes!)
It could be a stressful experience on the first occasion. Movements Sections on most stations hadn't got a clue when briefing and giving warrants to personnel on posting. The buses would detour and often the driver would throw parcels or newspapers out at the side of the road at the back of beyond. New passengers would appear beside a peat bank miles from anywhere. The buses and boats seemed to get older, colder and smaller the further north you went. I was lucky not to have a family in tow on my first trip. (Left-click on pictures to enlarge). 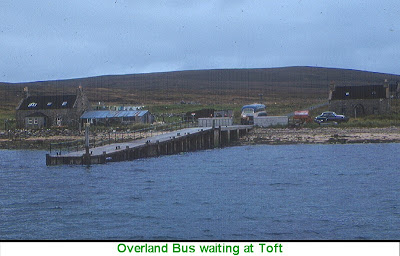 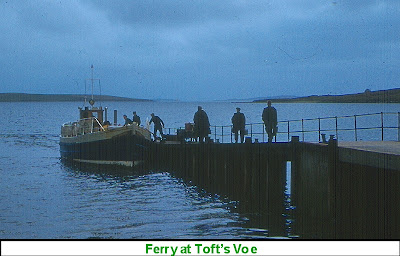 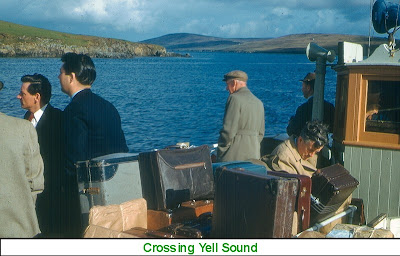 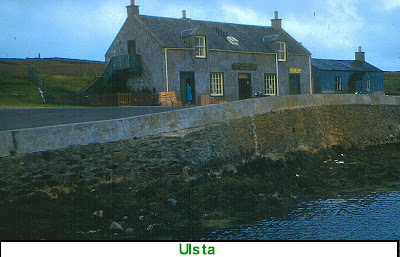 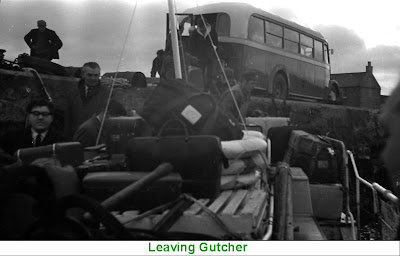 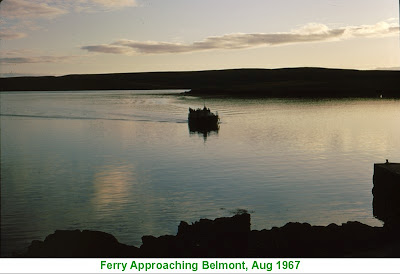 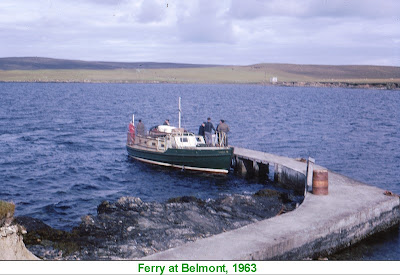 Another section on the overland appears here:
http://ahistoryofrafsaxavord.blogspot.co.uk/2011/09/overland-part-2.html