Issue No 4 of the RAF Skaw Outpost was released in August 1941. It was the first produced with the aid of a duplicator  - the first 3 issues were typewritten and copied using carbon paper. Very few were circulated and I know of none which have survived. The issues I have had access to have been photocopied and scanned on a number of occasions and, therefore, the reproduction quality is very poor. 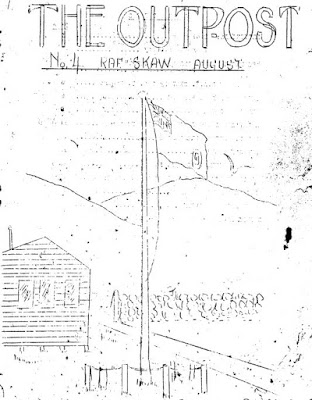 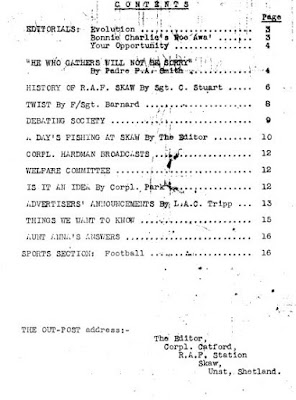 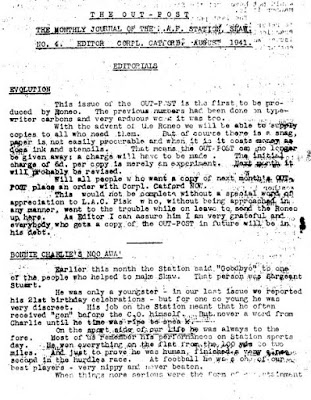 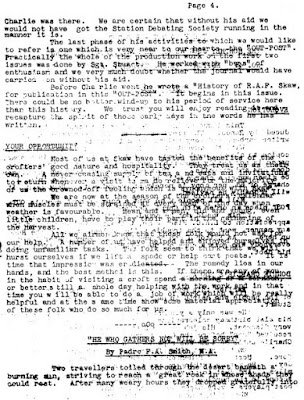 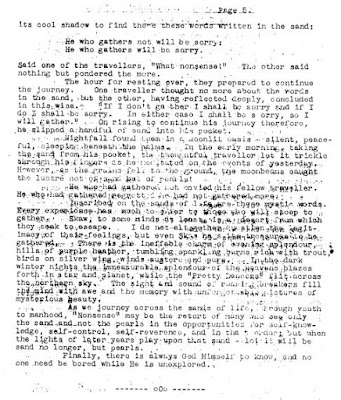 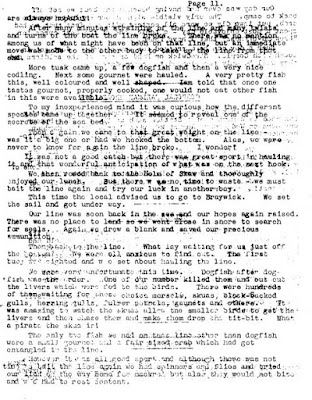 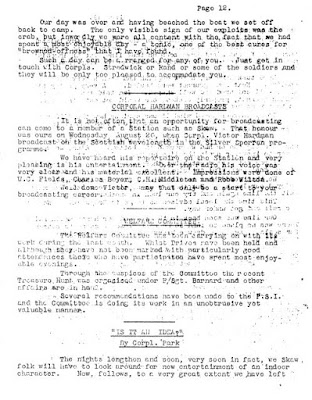 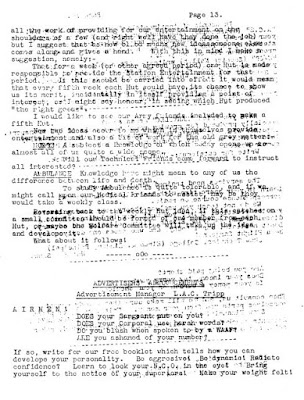 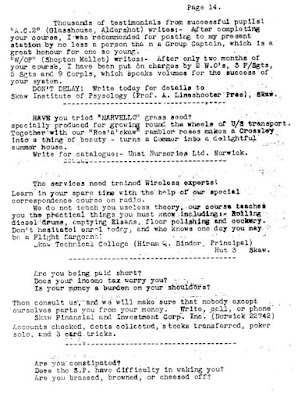 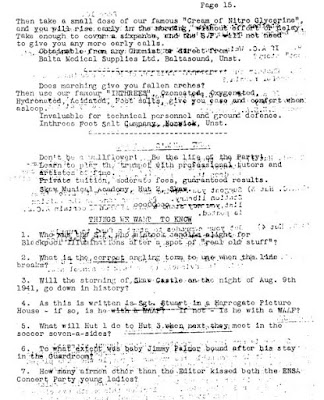 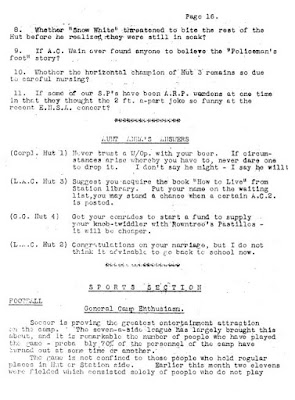 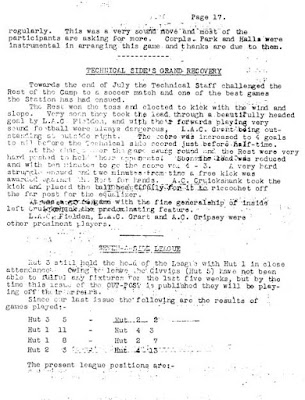 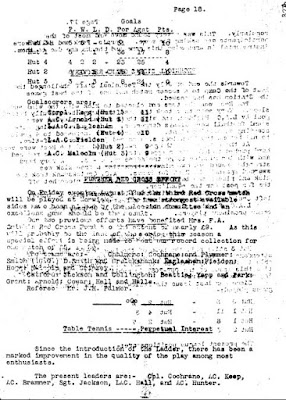