Mike Tooms was at Saxa when it opened in the Autumn of 1957. He was a J/T Radar (C) Fitter who worked watches at the Mid Site (Ops Block). It was a 2 man technical shift,  his workmate was SAC Frank Meeson and there were a number of radar operators working the same hours. Mike remembers his watch commander was Flying  Officer Laurie Green, who he described as a terrific guy. Left click on photos to enlarge: 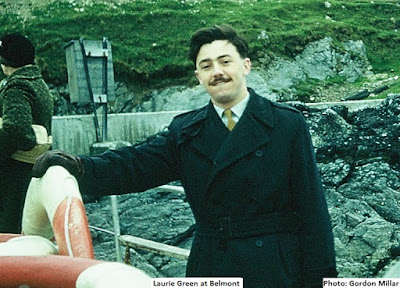 Most of his duty time was spent in the Radar Office in the Operations Building which, under the Rotor System, was named the R10. In his own words he seldom got up to the antennas except  "out of pure interest in the technicalities and of course to get a better view of Muckle Flugga". During his tour the radar heads were the Type 80 (main search radar), Type 14 (stand/by search radar) and the Type 13 (height finder). Although the Types 13 & 14 were based on WWII technology, the Type  80 was state of the art equipment. Eventually about 35 Type 80s were constructed and there is an informative  article about them on Don McAdams excellent Ventnor website here: http://www.ventnorradar.co.uk/Type80.htm

Luckily Mike was a keen photographer and, although the film he was using at the time was black & white he was particularly interested in colour and colouring B & W prints with special inks. He vaguely remembers colouring a B&W photo for somebody and a radar operator on the same watch, Frank McCree,  recalls that Mike did add colour to his wedding photo in 1958. Some of Mikes pictures from the Radar Heads at Saxa follow, he must have had an excellent camera!. The first is an extremely good shot  of the Type 80 Radar, with an unused Type 13 Gantry in the background: 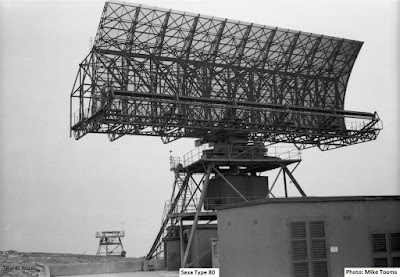 Fortunately the T80 Reflector stopped rotating long enough to allow the photo of Mike below to be taken: 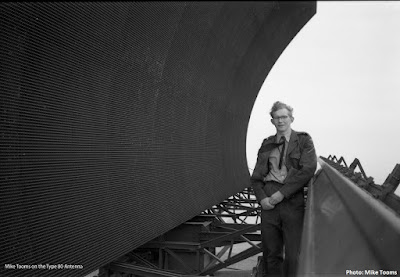 At one time during the Rotor planning stages for Saxa Vord, it was envisaged that there would be up to three Type 13 height finders - in fact only one plinth-mounted version was ever installed. However, an extra, fully cabled, Type 13  Gantry was constructed in case it was needed. That Gantry stood for about 56 years before it was demolished for safety reasons. It never had a Type 13 mounted on it. It can be seen on the left in the next photo which also shows Muckle Flugga and Out Stack (the most northern point of the UK). 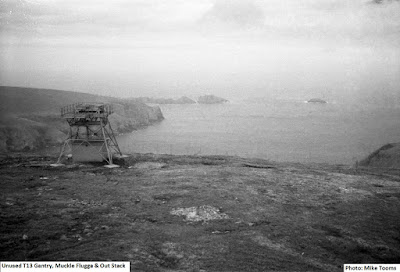 The last photo in this sequence shows the Light House on Muckle Flugga, which finally became fully automated in Mar 1995. 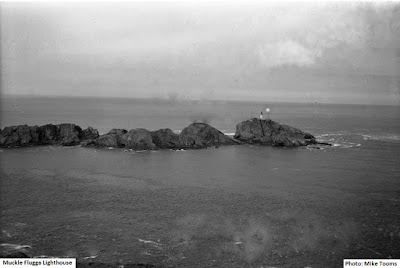 Many servicemen and, later on,  servicewomen, will recollect difficulties with watch changeovers in the winter months. This next picture shows an Austin K2 One Tonner, which failed to negotiate the bends at the bottom of the road up Saxa Vord: 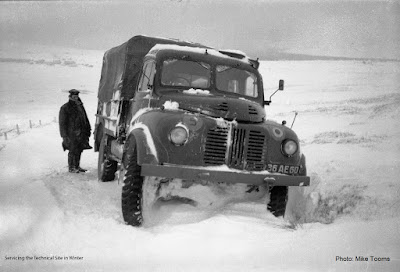 An alternative method of transport was usually quickly discovered - shank's pony (notice the absence of the more modern crash barrier!: 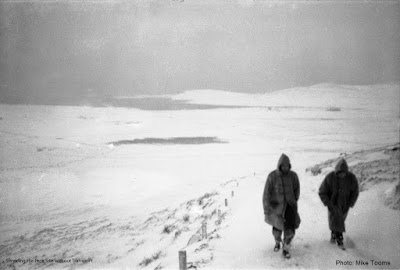 At the time of Mike's tour there were few private cars on Unst and the quality of the public highways was not up to much. Motor cycles would have easily outnumbered cars amongst the civilian population - easier to transport to Unst on the Earl of Zetland, cheaper to run and simpler to maintain. This led to a market for second-hand machines. Mike and two of his friends each purchased a third share in a motor bike. The friends were Frank Meeson, from the same tech shift and an Orcadian called Norrie (whose surname is no longer remembered) Norrie had had a bike at home and he taught the other two the skills needed for negotiating the peat hills. 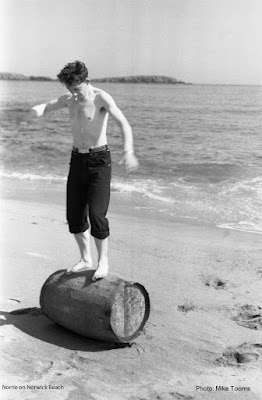 Having access to transport helped Mike to see a fair bit of Unst. The next picture shows a couple of Shetland Ponies on the beach at Burrafirth. The white building on the left is the shore station for the Muckle Flugga Light House and on the right is Saxa Vord, long before the Type 80 was enclosed in a dome. 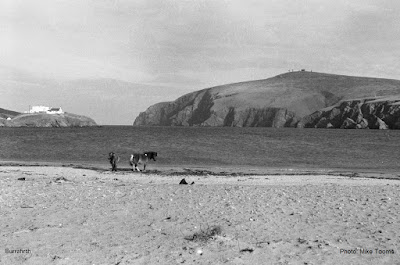 The next shot was take on the west side of Burrafirth and shows the shore station and what is possibly a coastal steamer replenishing Light House stores: 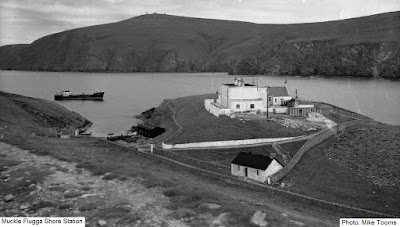 I'm not sure if Mike was after trout or not but the next photo was taken from a small boat in the middle of the Loch of Cliff looking northwards towards Burrafirth. Saxa Vord can be seen in the right distance. 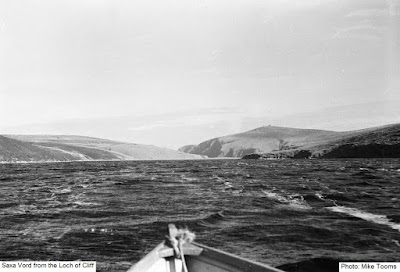 About 2 miles south of the shore station on the west side of the Loch of Cliff, lies the Ward of Petester. Despite the fact that there were no roads to it, Petester used to have a thriving community. Indeed, during Mike's tour a number of the houses in the following picture, were still inhabited: 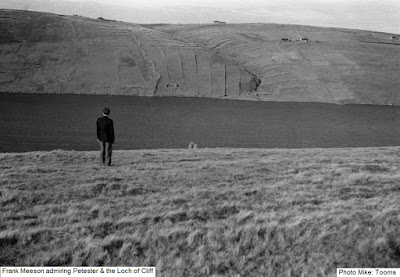