For some reason personnel and their families at Saxa Vord became more heavily involved in raising money for charity than those on any other station I’ve been to. I could guess at the reasons for this, small station – well integrated with the local community etc – but at the end of the day it would be just a guess.

I have arranged the following press clippings and photos in chronological sequence. Some of the copies of clippings are very poor quality (photos of low resolution microfiche taken in poor light conditions). At first I thought I would exclude the worst but then decided that those involved in the events may well be interested in seeing them.
1965 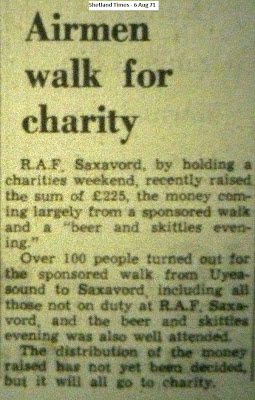 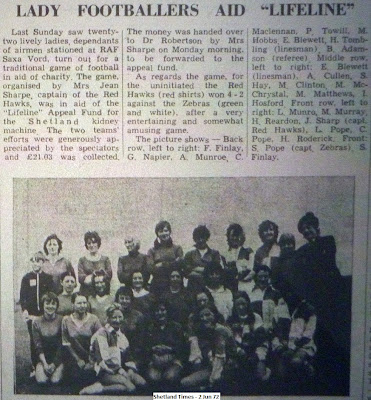 1974﻿
The first 2 items for 1974 concern a sponsored marathon to support the Trawler “Gaul” Fund. For those not familiar with the story of the Gaul – In Feb 74 this Hull trawler was lost in storm conditions in the area of the Barents Sea. All 36 crew were lost and the incident has been surrounded in controversy ever since. To this day many are unconvinced by the official “design” fault explanation and theories of Soviet involvement have not been uncommon. In any event, it was the worst disaster to have happened to the British Fishing Fleet and was in the headlines for a long time. There are plenty of articles on the internet for those who would like to pursue the subject. 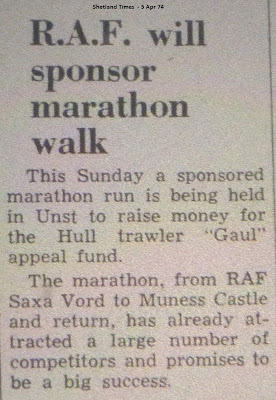 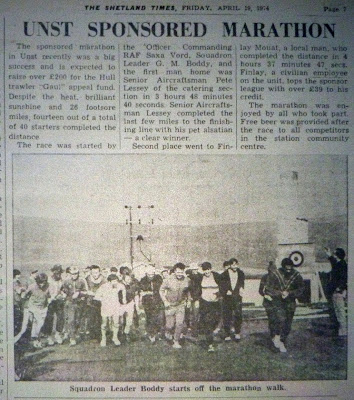 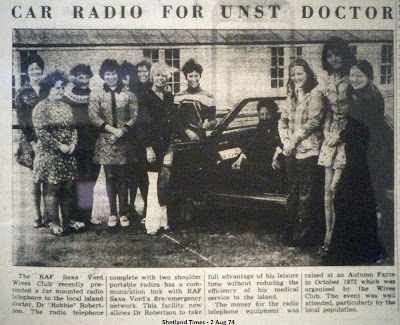 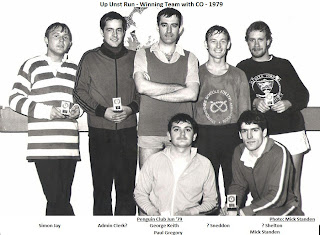 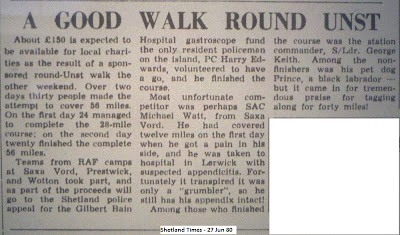 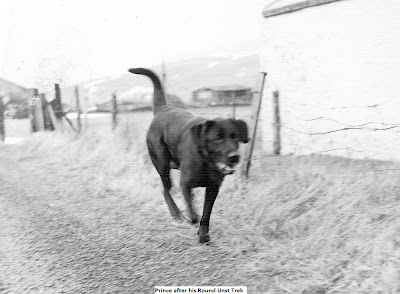 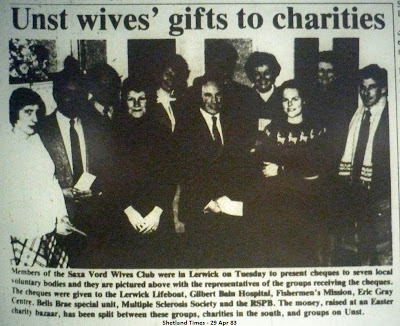 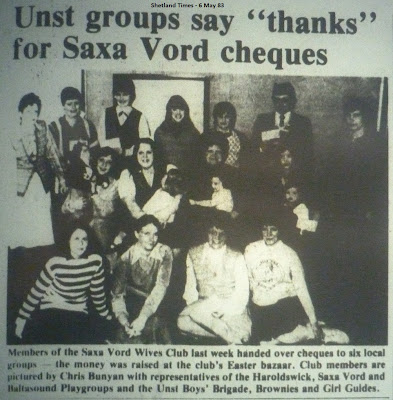 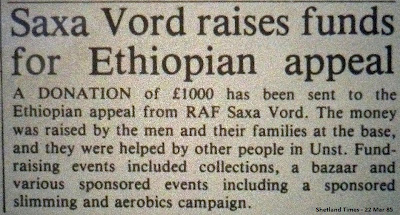 The next 3 articles all concern a sponsored event which raised over £3,000 for Leukaemia Research. 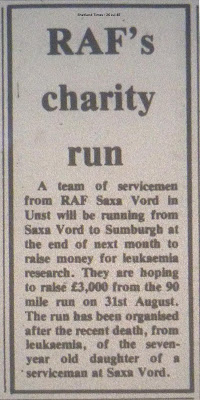 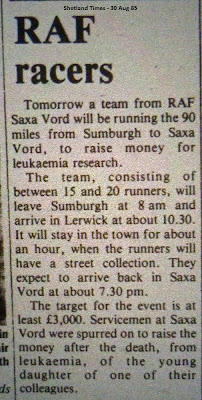 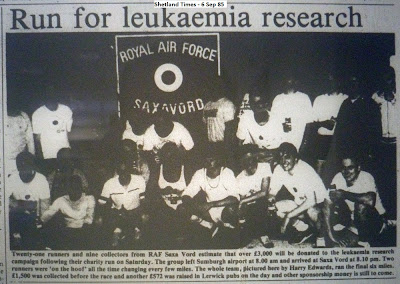 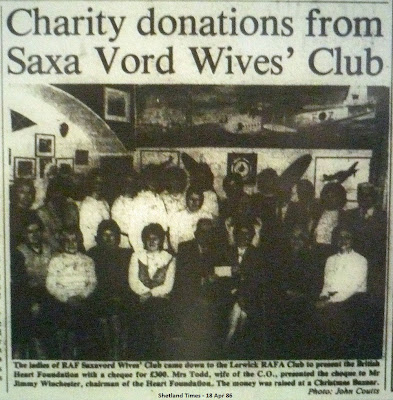 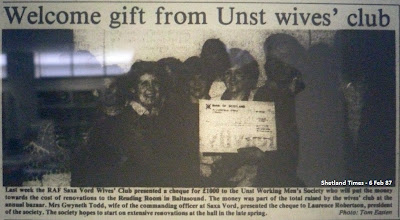 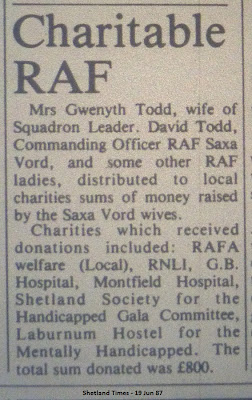 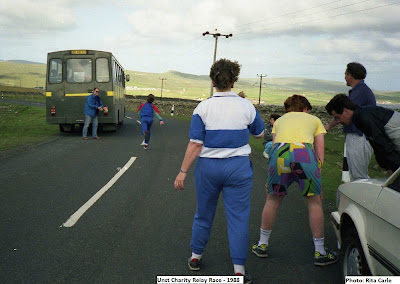 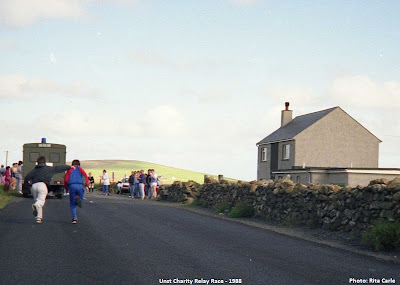 ﻿
﻿1993/4
The 2 clippings below are about the RAF Saxa Vord contribution to the 1993 BBC Children In Need Appeal. The second article was from a 1994 publication of the RAF News – which tended to need much longer lead times for stories. 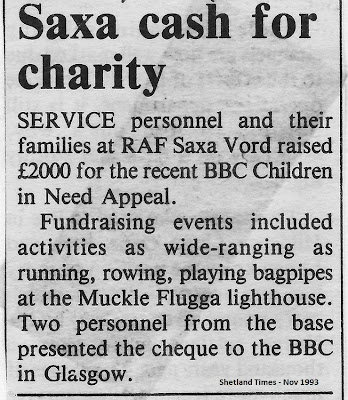 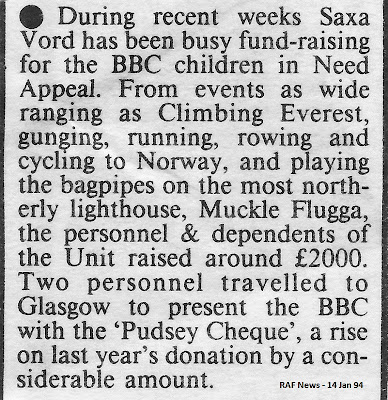