Over the half Century of its active life the Ops Site (sometimes known as the Mid Site) underwent many changes. Obviously, after the initial building period, the most noticeable of these took place in the period 1976-79 with the building of the R101 etc. However, there were many other alterations, some of which are outlined below. In each case I would appreciate it if anyone able to supply information which would help answer my questions, would get in touch – gordon.carle@gmail.com
The R10
There were a number of structural changes to the R10 during its lifetime. I have a couple of queries from its later life. The picture below shows part of the rear of the R10 in 1984: 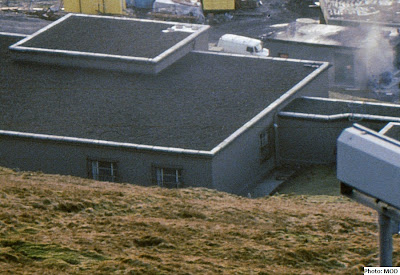 The next photo was taken earlier this year: 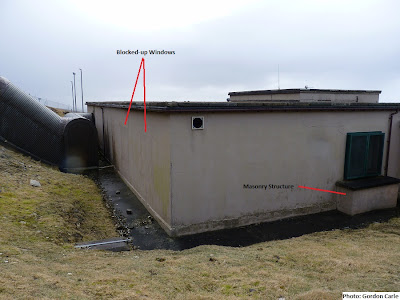 As can be seen, two windows, near to the covered way to the heads appear to have been “bricked-up”. This leads to:
Question 1 –Does anyone know when and why the windows were bricked-up?
Another question arises from the two photos. In the first there is nothing but a pathway below the window next to the corridor leading to the R10 Rest Area/Admiralty Building. In the second photo there is a masonry structure just below the window. Similar structures were positioned just below other windows on the site, as can be seen in the next picture near the R10 entrance. 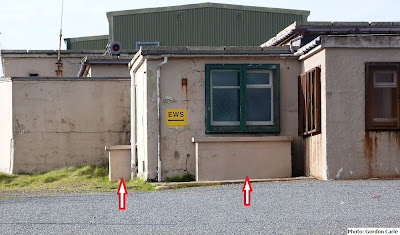 Question 2.  Does anyone know what these structures were for & when they were put in place?
The Admiralty Building
The next series of questions all concern the “off-limits” Admiralty Building. It’s now no secret that the building and the 2 storey, older building next to it) were used for trials of UK/US submarine detection systems. Most of the material surrounding this work was declassified by 1991 and elements of similar detection systems have been used in recent years for tracking the movement of whales! I hope to issue a number of sections about this work in the future.The earliest reference I have to the Admiralty Building comes from a 1952 document in the Public Records Office and was passed to me by Bob Jenner. It applies to the initial building plan:
"09 02 53 Design and construction of a Laboratory sites 70 feet
North of R10 and connected to it by a corridor. It is
a two storied building with a flat roof capable of
carrying an additional storey later of 60’ x 30’ x 9’."
The earliest picture I have of the building is shown below and was taken 10 years later in 1963. It clearly shows a 3 storey building. The next question applies either to the older generation or to someone who has early site information. 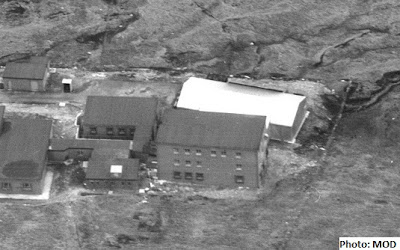 Question 4. Does anyone have any data to show that it was originally built with 2 storeys and a third storey subsequently added, if so when was the third storey constructed?
Whilst I’m aware that the Admiralty Building was “off limits”, it too underwent a number of alterations which would have been obvious to many people working on the site. The next picture shows the Admiralty as it was in 1983:

Sometime between 1983 and 2011 the building “grew “an extension at the left-hand end (possibly an emergency staircase) and a metal cladding was added: 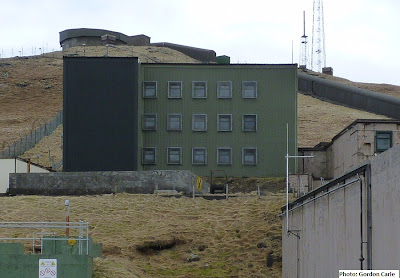 The following picture is another extract from a 1963 MOD over flight photo. It shows a single electricity sub-station to the west of the R10. This building remained the only sub-station in that area until after 1984.

However, when I visited the site in April 2011 it was obvious that another sub-station had been built. I presume it was a replacement for the earlier one but the earlier one was not demolished. 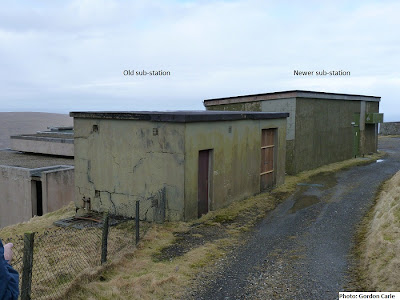 For many years there used to be a Standby Power House & fuel tanks in front of the R10 entrance – a photo from around 1984 shows the location: 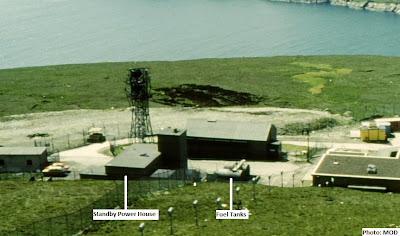 From the entrance to the R10 it looked like this: 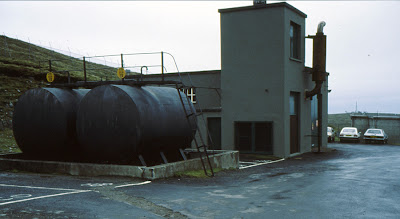 They were still there during the big storm of New Year 91/92 but sometime between then and station closure the Standby Power House was demolished and the tanks removed.  A recent photo of the area is below: 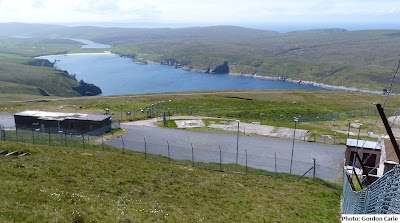 If anyone can provide answers to these questions it would be appreciated if they would email me at: gordon.carleAtgmail.com (replace the AT with the usual symbol).

I’m sure I will be asking further questions in the future!