Whilst I am always seeking interesting information and pictures relating to RAF Saxa Vord there are 3 particular areas I am researching at the moment and would welcome any assistance which you can provide. The subjects concerned are:
1. The CO from Feb 68 to Jan 70 – Sqn Ldr/ Wg Cdr Jerrold Le Cheminant
2. The purpose of “Building” 21
3. Saxa Golf Courses 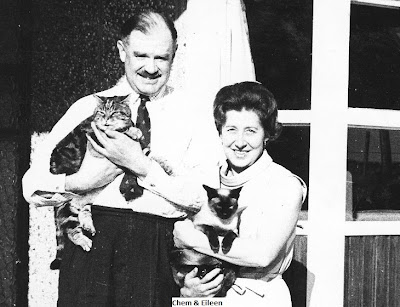 “Chem” as he was known by practically everyone in the RAF who knew him, was an ex Battle of Britain Pilot who spent many years in the Fighter Control Branch. He was promoted during his tour at Saxa. He and his wife, Eileen, donated the “Le Cheminant Cup” before leaving Unst – this trophy was competed for annually by the Saxa soccer team and an Unst “select” side. I know that he served at Bawdsey, Saxa, Bukit Gombak and many other air defence units. He was one of the nicest people I’ve ever met and I would very much like to gather any information or photos of him & his family from any of the places where he served.
Building 21
I believe that an accurate picture of the buildings and main equipment at the radar heads is almost complete. I now know the site of the Type 14 radar and purpose of most of the buildings. At some stage in the future I intend to draw up an annotated plan of the radar site. One area which is eluding classification is “Building” 21. I put building in inverted commas because, as far as I am aware, there never was a building there! The location consists of just 4 concrete pads, each about 2ft square, close to the Trig Point on top of the hill. 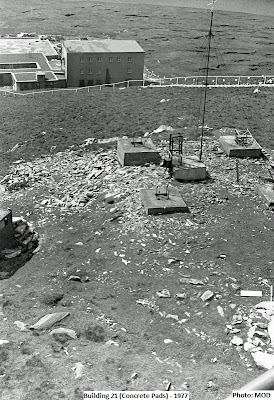 The concrete pads appear to have been in situ since the main site was built in 1955-57. The only purpose I have seen them used for is as an anchorage point for the anemometer. I believe that it is most probable that they were laid as the base for a plinth, cabin or gantry which was never installed. It should be noticed that there are a couple of similar features north of building 21 – these were for theType 13 & Type 14 gantries. However, for these gantries the pads seem slightly further apart and set at a different angle. 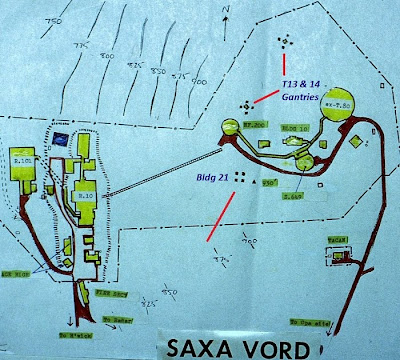 Once again I would appreciate it if anyone can shed light on this feature.
Saxa Golf Courses
As from next year it is hoped that groups enthusiastic golfers will be offered trips to Unst to tour Shetland golf courses. There are 3 active courses on Shetland - one on Whalsay and 2 on the mainland. One of the main attractions is hoped to be a reconstruction of one or both of the UKs most northerly courses – the one on Skaw (Lamba Ness) and the one at Burrafirth. Obviously the RAF courses were maintained by volunteer labour and run on a shoestring so little information remains on Unst. Unfortunately I have little data other than that which I put out earlier:-
http://ahistoryofrafsaxavord.blogspot.com/2009/12/most-intimidating-golf-course-in-world.html 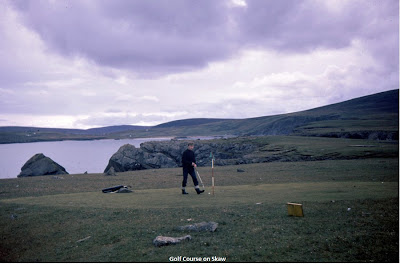 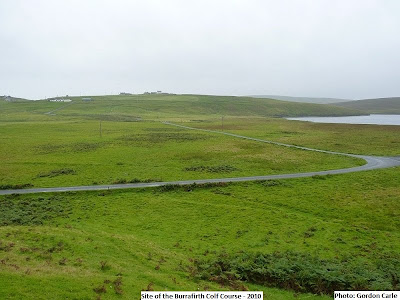 If anyone has plans of the 2 courses, photos or any other significant information, please get in touch.

General
Whilst any suitable photos/data about Saxa would be welcome, I am particularly short of material from the period 1971 to 1977 when Woolston, Boddy, Daniels and Glasspool were the COs. If anyone has material  they are prepared to share I have repeated my email below:-

gordon.carleAThomail.com (replace the AT with the usual symbol)