I have been finding it difficult to assemble a complete picture of the S259 at Saxa, possibly because it was always envisaged as a standby for the main search radar and therefore was not in use for long periods. I would be very happy if anyone can add to the information below or can correct any mistakes I may have made – gordon.carle@gmail.com
It appears that the Type 80 was the only search radar on site from the removal of the Type 14 in Sep 1964 until what I think was the first 1ACC deployment in 1971. During Type 80 down times in this period I assume that the airspace which Saxa was normally responsible for was taken over by the High Powered Reporting Post in the Faeroes and by the Master Radar Station at Buchan. This must have been a strain to the system during long off the air periods such as AMTG & APOs (Annual Maintenance – Turning Gear & Air Plant Overhaul if my memory still works).

In 1971 an S259 with personnel from 1ACC was deployed to Saxa to cover the Type 80 AMTG from 11 to 24 Sep. The radar was finally despatched from Unst by sea afterwards in Jan 72.

In the summer of 1972 an S259 was deployed by 1ACC from Wattisham, together with a Chief Technician and 7 airmen, to cover for the AMTG in August. The S259 was sited beside the T80 Radome. This time the equipment was shipped out in Oct by Puma and Hercules (photos earlier in the Blog - http://ahistoryofrafsaxavord.blogspot.com/2010/05/special-deliveries.html

Although a UPS1 was delivered to the unit in June 1973 an S259 was again deployed in that year by 1ACC to cover the Type 80s AMTG & APO from the 29 Jul to 12 Aug. On this occasion the radar was not sent straight back to Wattisham. Higher authority had decided that it should be temporarily installed within the Type 80 radome. This was done and flight trials were held to judge performance in Feb 74 – these trials were not particularly successful. I am grateful to Bob Jenner for supplying the photo of the S259 in the Type 80 radome shown below: (Left click on pictures to enlarge). 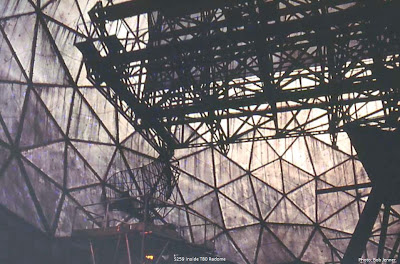 However, because of continuing problems with the UPS1, the S259 stood in whilst the Type 80 was off for maintenance for 5 days in March. It was to continue as the standby radar for the rest of 1974.

In Jan 1975 some of the 1ACC staff were changed over but the radar was retained at Saxa in the standby role. Because of major problems with the UPS1 the S259 was transferred to Saxa on a formal basis in Feb (UPS1 shipped out for good in Jul 75). In Sep 75 the S259 was taken out of the radome and used to cover for the Type 80 AMTG and the APO in Oct before being returned to the radome in November. 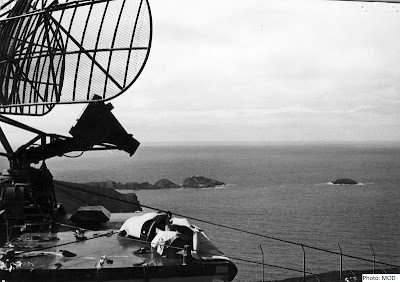 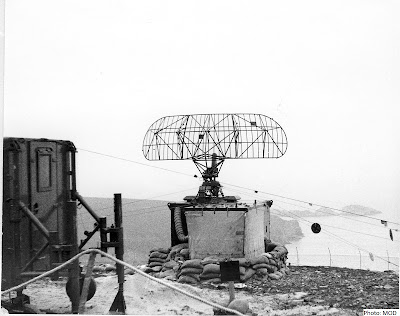 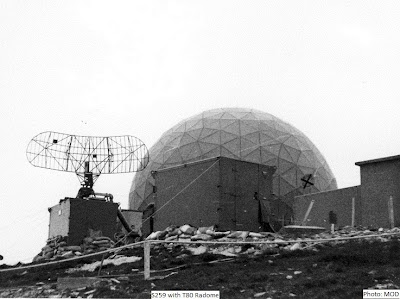 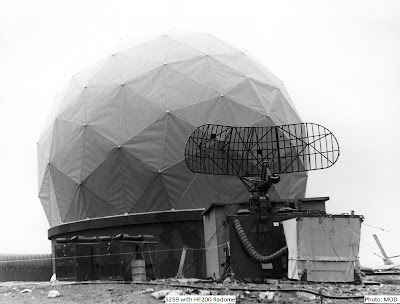 The S259 continued as the standby search radar for some years and was used extensively during the reconstruction of the Top Site (1976 – 79). I’m not sure of its role after the removal of the Type 80 and the commissioning of the back to back S649 but presumably it was still needed to cover periods of turning gear maintenance. The S259 was given its own radome on the pedestal of the old Type 80 dome and the comparative sizes of the equipment are easy to judge in some of the photos below. 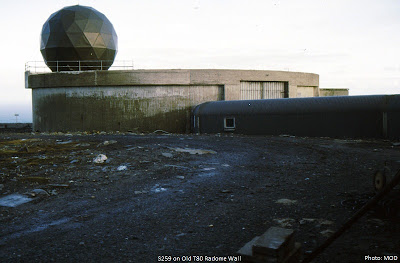 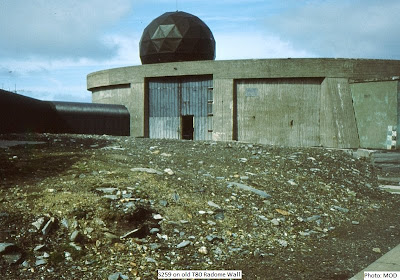 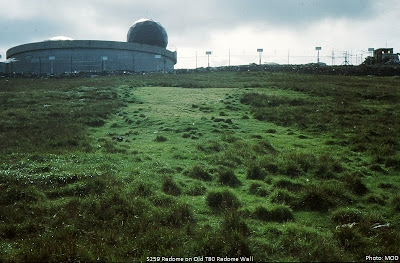 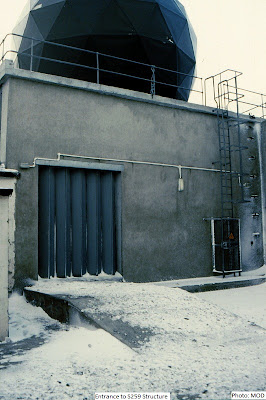 The last picture shows the half dismantled radome to the right of the image and is dated 1984 so I presume it went out of service before that time. Quite possibly it was one of the S259s which were shipped to the South Atlantic during the Falklands Conflict in 1982 and didn’t return to Saxa.
CONTENTS LIST
http://ahistoryofrafsaxavord.blogspot.co.uk/2012/03/contents-list.html