On the night of 31 Dec 91 – 1 Jan 92 Shetland experienced the worst storm in living memory with wind speeds of up to 197mph recorded. It is probable that the wind was even stronger in some places where there was no anemometer to register the force of the gales. The two photos below show the Top Site before and after the Storm. (Left click on pictures to enlarge). 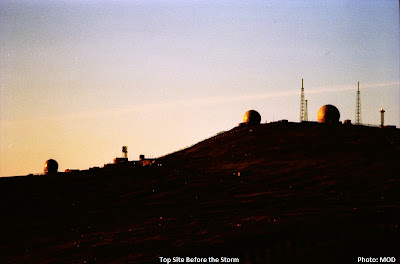 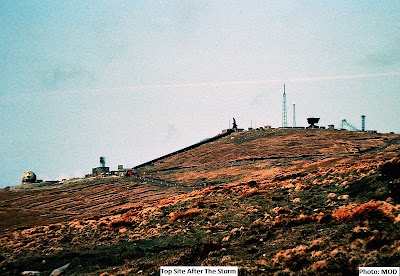 The Cause.  A low pressure area formed off Newfoundland on the evening of the 30 Dec and started tracking eastwards towards Europe, deepening as it went. The depression itself was moving at 50mph and was seen to be heading towards the Faroes and Shetland. The Met Office recognised the signs and issued severe weather warnings for the north of Scotland on the evening of the 31st. The strongest winds in Shetland occurred between 1am and dawn and, whilst the winds abated somewhat, gales continued for the next 3 days. This hampered the emergency services and made damage assessment difficult. 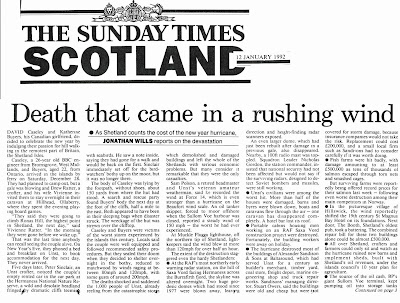 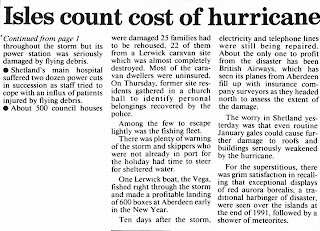 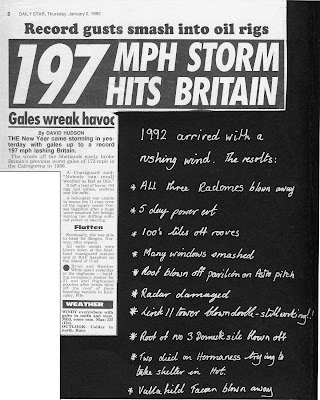 On Unst, away from the camp one of the sites to suffer severe Damage was Hagdale Lodge 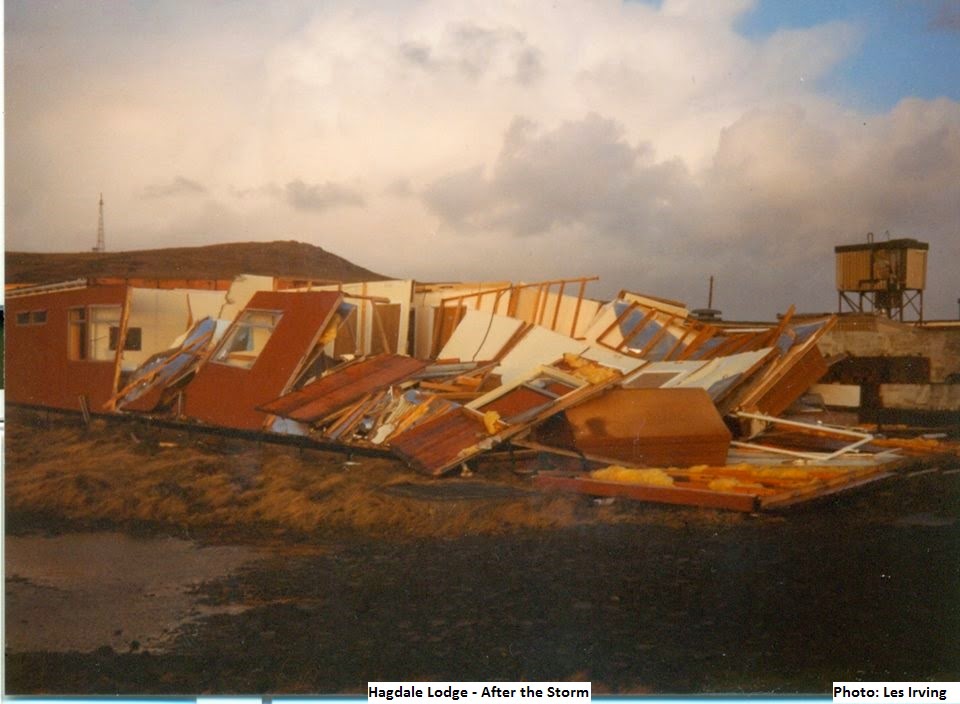 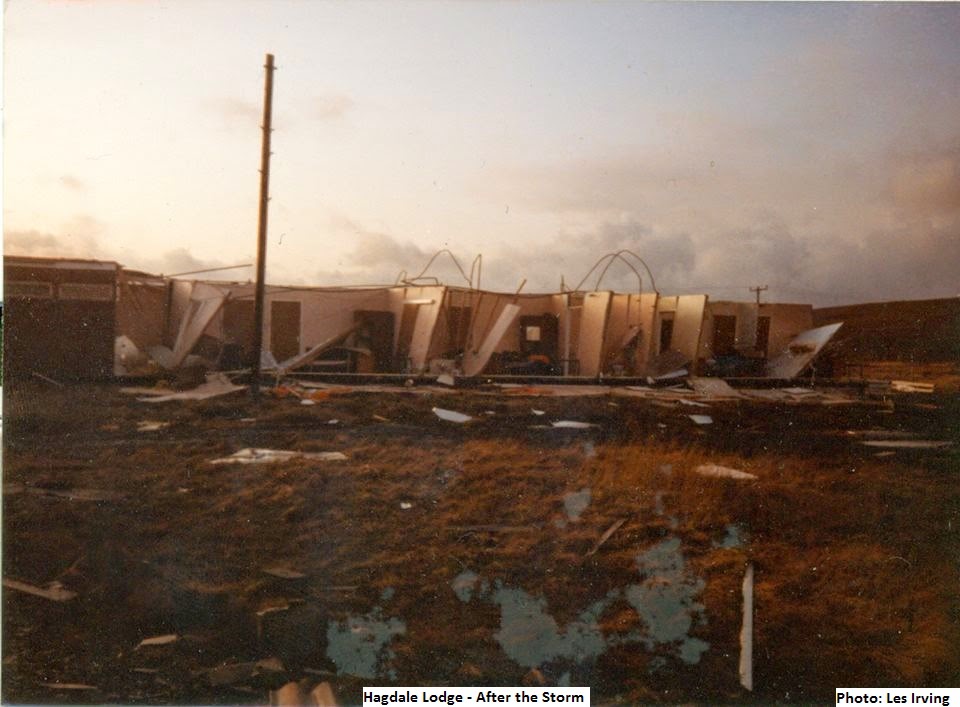 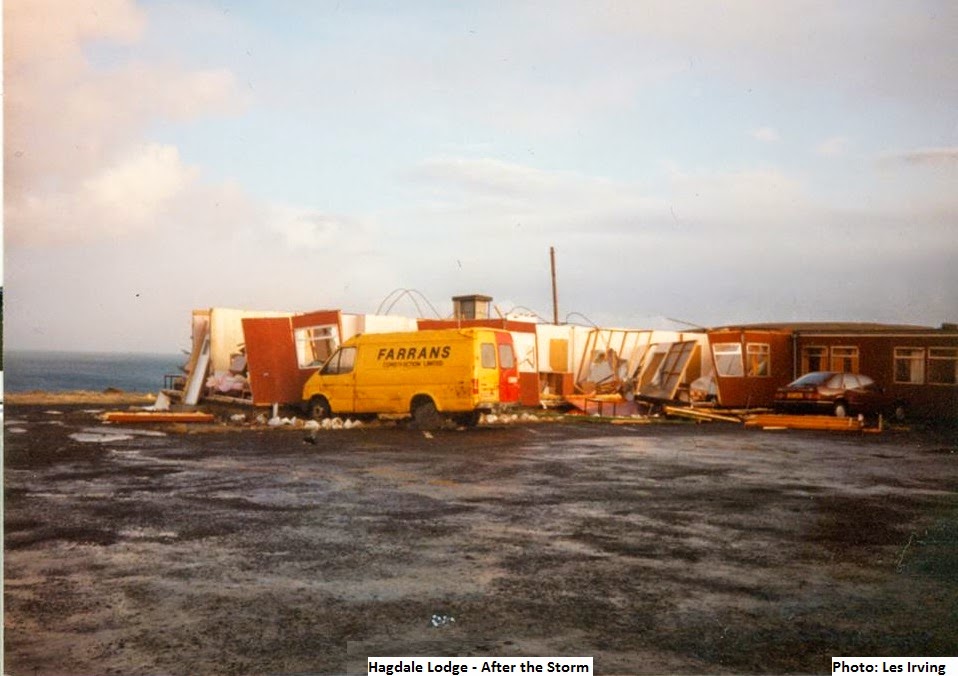 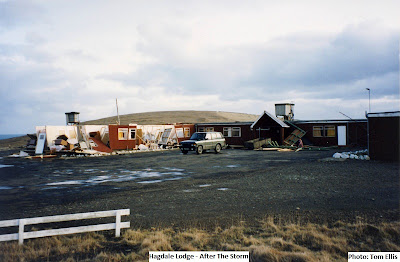 Part 2 - Will just contain the story as it was told in the issue of the Shetland Times published just after the event.