Strike Command was formed on the 1st April 1968 following the amalgamation of Bomber Command and Fighter Command. On 16 Oct 68 the first ever visit of the AOC in C took place. Air Marshal Sir Denis Spotswood’s RAF Pembroke was also the first aircraft to land on the new tarmac which had been recently laid at the Unst Airstrip. The visitor was met by the CO Sqn Ldr Jerrold (Jed) Le Cheminant (more usually known as “Chem”)
After a short tour around the Unit the AOC in C left 2 hours later. Sir Denis Spotswood was unusual in this period in reaching such high rank without attending Cranwell as a student. He went on to further promotion and was made Chief of Air Staff, becoming a Marshal of the Royal Air Force on his retirement. He died in 2001. 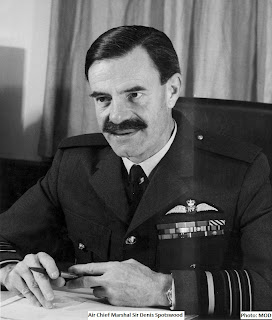 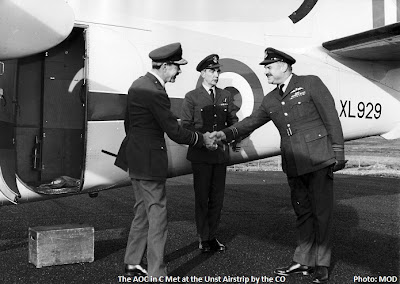 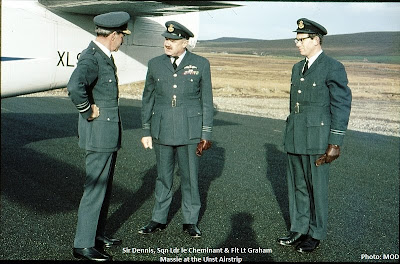 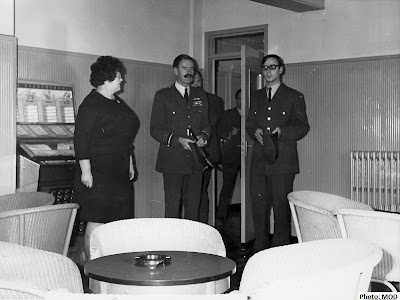 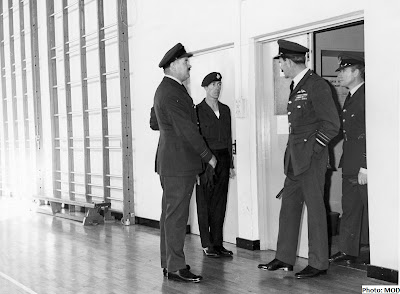 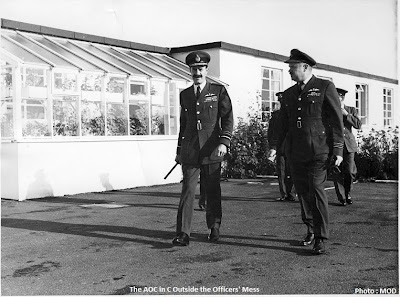